﻿﻿﻿ The multidisciplinary exhibition Wandering, A Rohingya Story is presented at the Musée national des beaux-arts du Québec (Québec National Museum of Fine Arts) from January 31, 2020 to January 24, 2021. Entrance is free of charge. 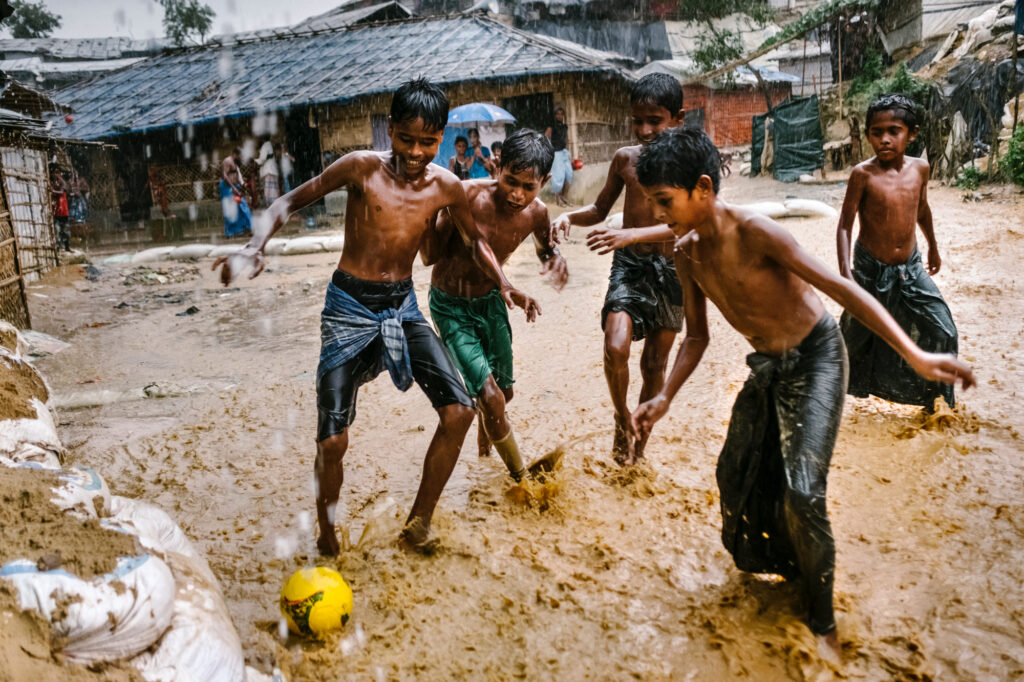 Wandering, a Rohingya Story is a unique immersive multimedia experience about the life of Rohingya refugees. A Muslim minority in Myanmar (formerly Burma) mainly Buddhist, this people has been persecuted for decades. With the escalation of violence and mass killings since 2016, the UN is now referring to a situation of genocide.

In 2018, the unprecedented exodus of the Rohingya people caught the attention of a documentary photographer from Québec, Renaud Philippe. He decided to go to southeastern Bangladesh to document this crisis and raise awareness about it. Moved by the power of the photographer’s images as much as by the urgency and magnitude of the situation, Olivier Higgins and Mélanie Carrier decided to realize and produce a feature documentary film about it. In the fall of 2018, Olivier and Renaud went to collect images and testimonies of refugees from Kutupalong camp in southeastern Bangladesh. In just a few months, the place has become the largest refugee camp on the planet, home to more than 600,000 people.

Conceived by the filmmaking couple and produced by MÖ FILMS, this multidisciplinary exhibition will immerse you in the daily life of Rohingya refugees. In addition to photographs, cinematographic extracts, soundscapes, testimonies and children’s drawings, the public will also find a hundred dioramas (miniature sculptures) from the artist Karine Giboulo.

The situation experienced by this people in exile challenges us all, wherever we are on the planet, inviting us to think about the interconnectedness and interdependence of human beings, and the importance of solidarity.

THE PARTNERS OF THE EXHIBITION