With the anthropologist Serge Bouchard and the sociologist Pierrot Ross-Tremblay.

At the age of 30, Mélanie and Olivier had traveled the world and met people from all over the globe. But they realized that they had never walked into an Indian reserve in their home country, Canada. So the young couple decided to explore the North Shore of Quebec by bike to better understand the complex relationships between Quebecers and First Nations peoples. Studies show that more than 50% of French Canadians have at least one Native American ancestor. So why is there such a lack of understanding when it comes to Aboriginals? Why are prejudices still so ingrained? What will it take to change things? Their encounters, both planned and spontaneous, include the surprising tale of an Innu man in search of his ancestors in Normandy, and the heart-wrenching story of the sister of Corporal Marcel Lemay, who was killed during the 1990 Oka crisis. 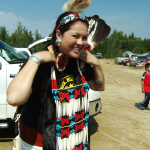 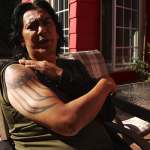 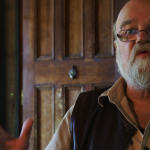 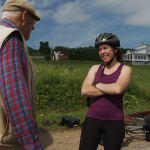 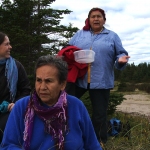 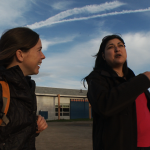 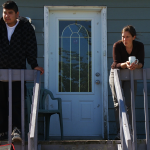 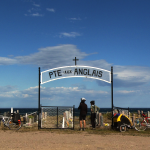 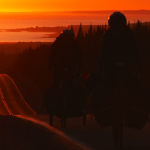 In 2015, at the closure ceremony of the Truth and Reconciliation Commission of Canada, Québékoisie was offered to the judge by the Minister responsible for Native Affairs as a gift from the province of Québec.

Broadcast in nearly 200 countries and territories, in about twenty languages, on TV5 MONDE and integrated as a reference into the best seller travel guide about Québec “Le Petit Futé”.

You can rent and watch Québékoisie online, with English subtitles, on our Vimeo On Demand. The movie is also available on DVD (to order, check the “Add to cart” button on the left ).

Documentary / 56 minutes / 2007 / French and English versions / 35 prizes won around the world There are so many choices in everyday life! Everyone has their own journey, their own direction, their own azimuth. Olivier Higgins and Mélanie Carrier chose a journey, but most would call it a long adventure, approximately 8000 […]